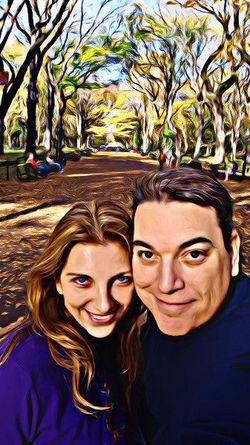 Hi there and welcome to Turtle﻿ Cove!  Some people ask us how we came to be owners of a vacation condo on Grand Cayman. Well, let me tell you a little story about us...

We first fell in love with Grand Cayman in 2002 during a brief stop here on our honeymoon cruise.  We visited Stingray City and were amazed that we could interact with these graceful, majestic animals in their own natural habitat. The crystal clear water was warm and inviting... much different than the Pacific Ocean we were used to in California.  On the ride back to the cruise ship--and still riding the emotional high of the amazing experience we just had--I took a good look at this quaint, modern little island and said, "I could live here."  Lili smirked and nodded, but little did she know I was not just dreaming out loud... I meant it.

When we got home, I began to do research on the Cayman Islands and everything I found was falling into place. Unlike many other places in the Caribbean and Central America, the water is 100% safe to drink.  Everybody speaks English.  Although it's a British territory, the electrical supply is based on the U.S. standard.  The C.I. dollar is pegged to the U.S. dollar, so there are no currency fluctuations to worry about.  It has one of the lowest crime rates (and highest standards of living) in the entire Caribbean.  No income taxes.  No property taxes.  No sales taxes.  What's not to love?  That's it... we decided to go back and this time we were serious! 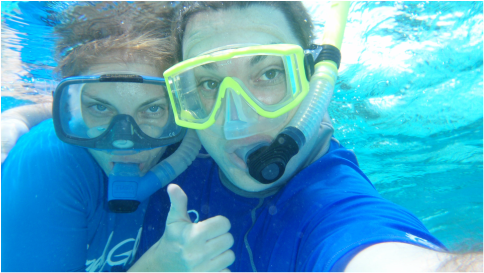 ﻿﻿The following year, we decide﻿d to spend our entire vacation on the island... part of that time was spent looking at real estate.  We ended up buying a beautiful beach home on the North Side. It was a stretch on our budget, but we crunched the numbers and learned that if we used it as a vacation rental, we could offset some of the costs associated with owning our dream home.  We loved that home so much, but the drives into town were long.  We realized that we were spending most of our time near all the attractions and restaurants along Seven Mile Beach.

Things were still going well until 2004 when Hurricane Ivan hit the island.  We were luckier than many people, but we did sustain serious damage. Repairing the home was difficult, especially without any power or water for the first 3 months, but we got it done.  That experience, along with the real estate market which was becoming wildly overheated, made us decide it was probably smart to sell that beach home.  We were lucky to sell it when we did, but we still kept vacationing in Cayman because it had become a part of us.  We were destined to come back.﻿
﻿ 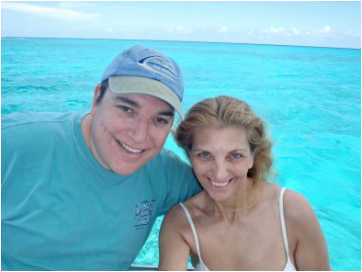 After the housing market crash, we found ourselves looking at "reliving the dream," but doing it right t﻿his time.  We looked for a place that was a little more affordable and closer to Seven Mile Beach.  When we found Turtle Cove, we felt like this was the right time and the right place.  Unlike our old beach house, Turtle Cove is made out of poured concrete and shaped like a circle which makes it far more resistant to high winds.  In fact, the design is rated to withstand 250 mph... better than almost any other structure on the island.  Being on the top floor, we don't have to worry about storm surge any more, so we feel that this is going to last us the rest of our lives.  Best of all, we're in the Seven Mile Beach Corridor, so we're right in the heart of the action. Turtle Cove is at the end of a tranquil canal, so we can enjoy some peace and quiet, yet still be conveniently close to all the things we like to do most.


In 2015, Lili and I were lucky to be asked by the fine folks at HGTV to appear on an episode of their popular TV show, House Hunters International.  In fact, you may have found this site from watching that show.  It was a great deal of fun and we think you'll agree: we chose the right vacation home at Turtle Cove. We get many questions about that experience and we're always happy to share our stories about that show.  It was a blast! You can find future airings of our episode here: HGTV

With our past experience as vacation rental owners, we now have the confidence to do it right this time.  We manage our little condo at Turtle Cove ourselves while still having an on-island property manager for when we're back in the US. With modern technology, we can actually do some of the important things ourselves from anywhere in the world. 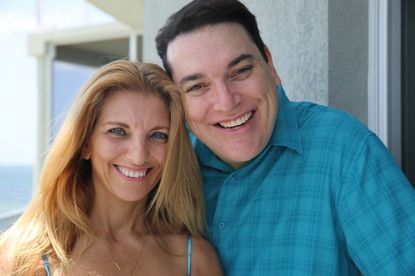 We sincerely hope you enjoy your stay at Turtle Cove.  We have always taken great pride in providing comfortable accomodations for our guests and hope you'll not only visit, but return often.  We're confident that you'll soon fall in love with Grand Cayman the same way we have.